Being half Sardinian on my mothers side, I know the island quite well and feel at home there. Since 2017 I’ve been taking my time staying for one to two months of the year in the village of Ulassai, where my mother was born. Working on different projects like building trails, setting up tours and coaching camps I got more familiar with all aspects of the island and made many friends. 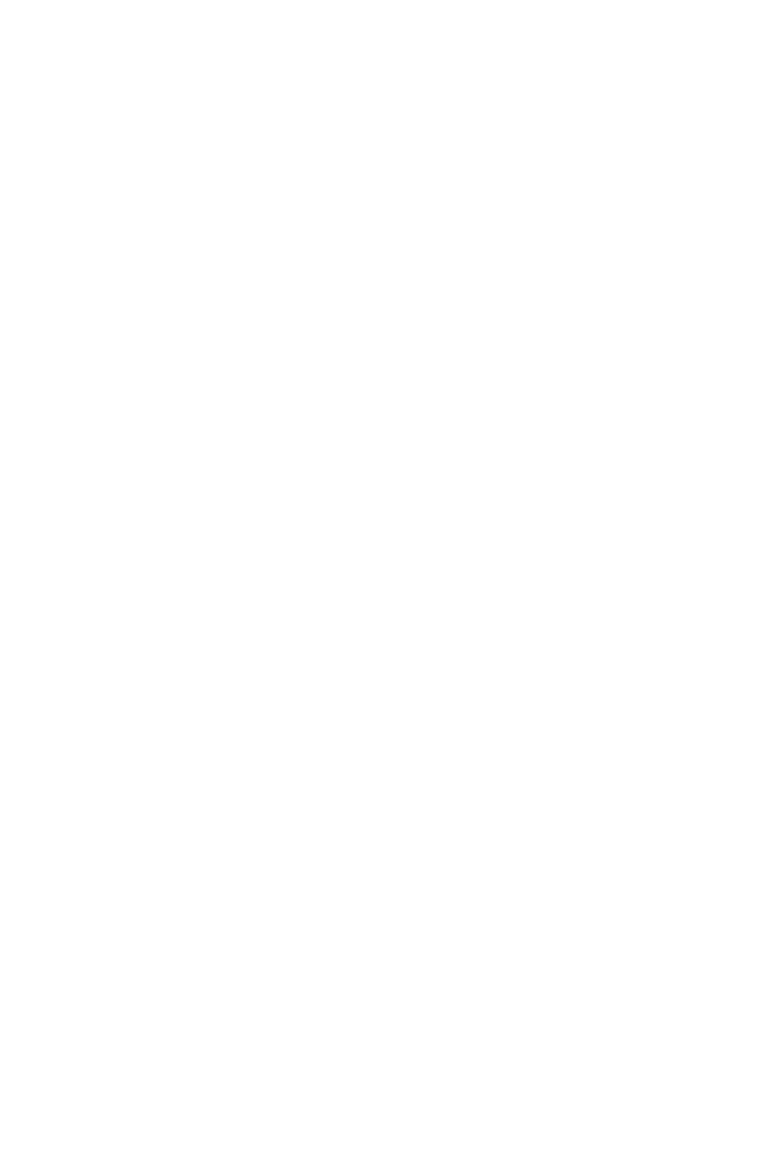 Here’s an example of a five day program on the island, with a good mix of leisure, discovering an intriguing culture and riding wild trails surrounded by incredible scenery!

Airport transfer to hotel in Fonni

Evening: Transfer to hotel in Villagrande, bike check & dinner in

Evening: Transfer to hotel in Villagrande, bike check & dinner out

Side activity: Visit to the Su Marmuri Cave

Side activity: Visit to the “Maria Lai” Art Museum.

Evening: Transfer to coast, tour celebration out in town, aperitivo & dinner out. 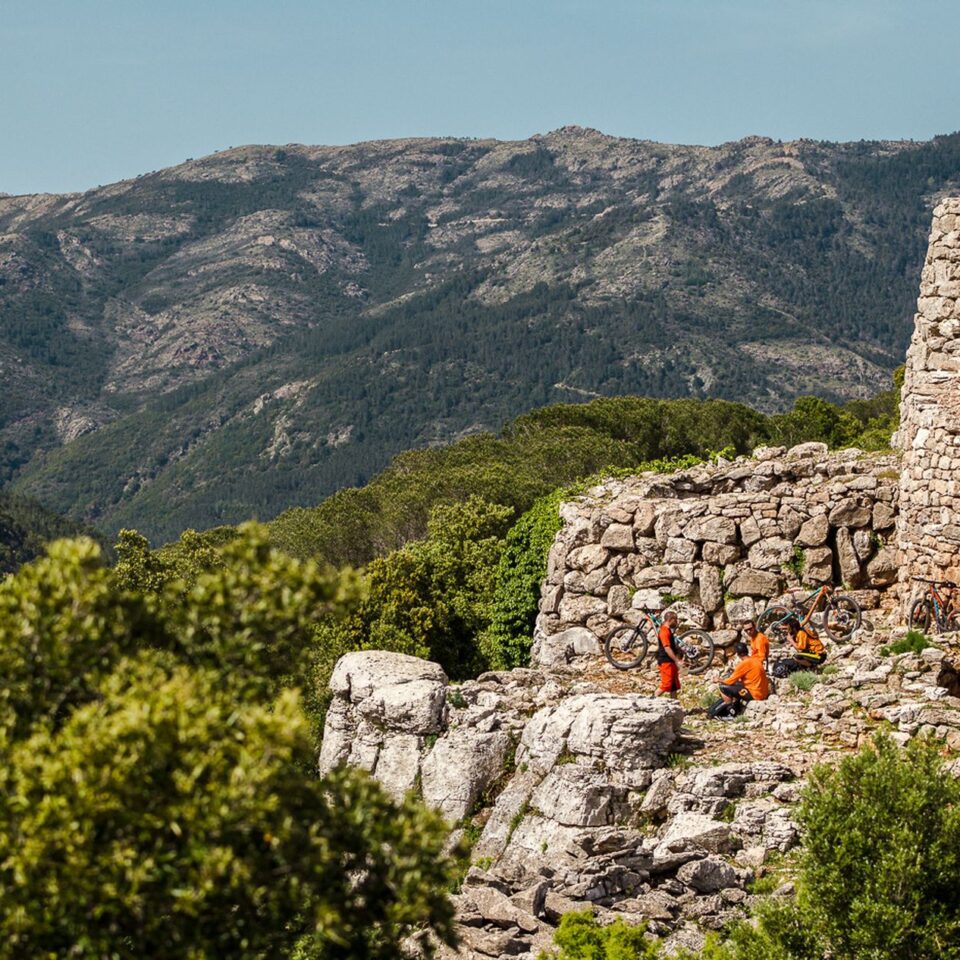 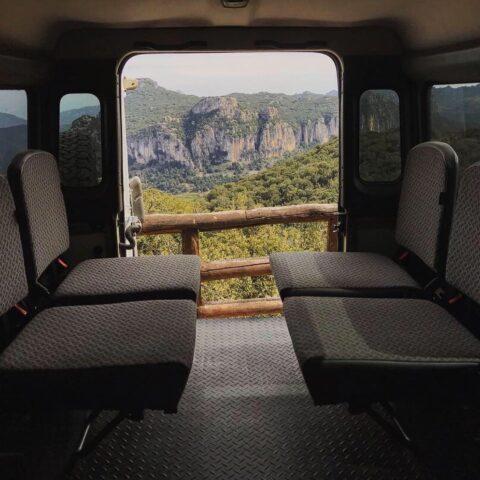 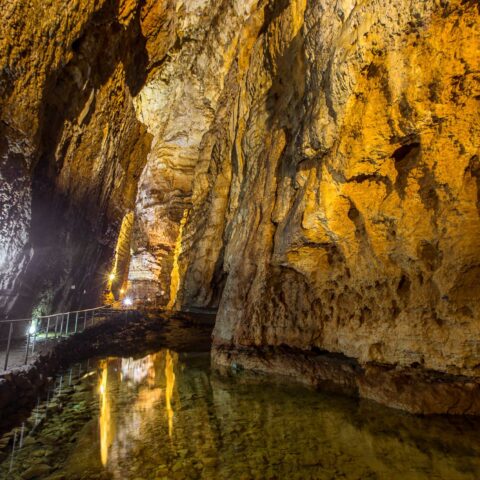 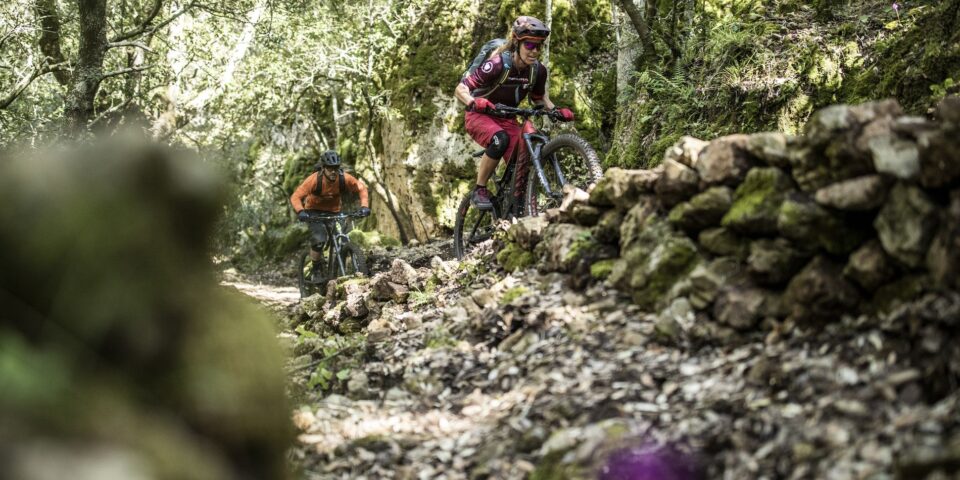 Here’s an example of a five day program on the island, with a good mix of leisure, discovering an intriguing culture and riding wild trails surrounded by incredible scenery!
Day 1 - Arrival

The airport transfer will bring you to the hotel, nestled in the highest village on the Island, Fonni. After you settle in your rooms, we’ll do a briefing on the program and set up the bikes before dinner. Sleeping at the foot of the Gennargentu (aka. Silver Gate) will set you up perfectly for an epic bike adventure!

After a rich breakfast we’ll get straight on our bikes and ride off to the highest peaks of the island in the Gennargentu national park. We ride up for 2 hours on a 900m climb to the highest peaks of the island, the Bruncu Spina, Punta Pualinu and Punta La Marmora at 1834m. Surrounded by wilderness, the view stretches all the way down to the Tyrrhenian sea and is a great preview on everything that’s ahead of us in the next few days! Then on the same infinite ridge line, we’ll ride down a 1100m descent all the way down to the river, where the shuttle awaits  with some snacks and some drinks. If we want to cool off in some in some amazing natural pools we can move a bit upstream by shuttle or  else we can go straight to the next hotel a stone throw away and have a dip in the pool.  The driver already checked us in so our rooms are ready with our luggage.

Starting our day with a morning coffee and a short 20min inland shuttle ride, we get dropped off and warm up on a short climb to the mysterious geologic site of Perda Liana a.k.a. the door to hell! Reaching this bizarre rock tower, diving into a mystical pagan kind of vibe and proceeding our journey in a scenery taken out of an old western. Riding on a mix of high peaks down rough and technical descents, onto a smooth trail besides a stream, on an abandoned railway over a high bridge, climbing up a lost dirt road into an ancient forest, passing a beautifully kept Nuragic village and crossing an open mountain pass called the Eagle Trail. The Tacquisara Park is a well kept area home to many wild animals like the name giving golden eagle, hawks, buzzards, hairs, deer, mouflon, foxes and wild boars. Along with the semi wild sheep, goats, cows and horses we won’t be the only ones roaming free. We’ll conclude our tour meeting the shuttle with a refreshment, load up and get taken back to our hotel.

After a good rest and good morning breakfast, we set off for a pleasant distraction on a guided tour into the nearby Su Marmuri cave by the village of Ulassai. This incredible underground geological marvel will make you feel like traveling to the middle of the earth. Coming back out we’ll stop for lunch at the excellent restaurant by the cave. In the afternoon we’ll ride on the Taccu plateau to the high lookout to see the entire area we’ll cover today and tomorrow. We cross to the other end of the plateau and ride down super fun and fast trail wide and simple trail called Frasara. We’ll cross a river and get picked up by the shuttle that takes us to our hotel in the middle of an oak forest on top of a massive limestone plateau and surrounded prehistoric nuragic villages.

On our last ride day of the Sardinian adventure, we’ll start by covering another high plateau above Ulassai, called the Tisiddu. First riding around its side, then climbing up 150m to its center, ride across it and take a combination of beautiful trails down, at first on an exposed wall, then on an amazing trail on a ridge all the way down to the river. After crossing it, we’ll climb 100m, traverse and descend to the valley bed reaching a wonderful natural pool we can jump into and cool off. The shuttle awaits nearby with some panini, and will take us up to ride other trails area of Ulassais’ backcountry for another two awesome descents. Finishing up our ride we load up the shuttle and head back to our resort by the coast. To celebrate our adventure we’ll have a swim in the Mediterranean before the celebration dinner of our Sardinian adventure! 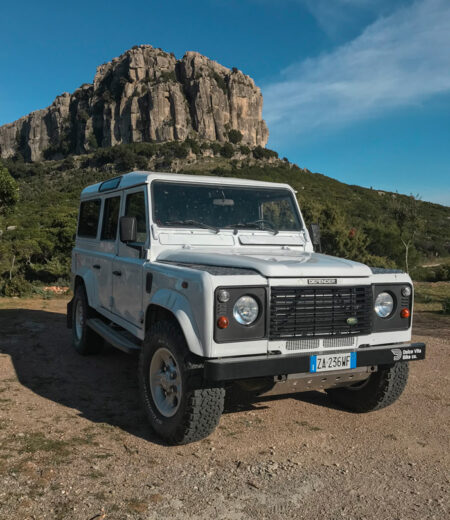 There are many fascinating local attractions to check out while on our tour! We’ll go visit the wonderfully preserved nuraghes dating back to the bronze age, as well as the spectacular geological wonders like the Su Marmuri cave or the Le Quarci cascades, get to know the rich local culture with a visit to the Art Museum and weaving artisans.

Last but not least we can choose to visit some local farmers and wine makers to have a closer look at the culture. The highlight of every evening is at dinner, eating distinguished local dishes and diving into sublime native wine which will turn our holiday into a vivid dream!
Historical facts

The Sardinian civilisation started seven millennia ago with the trading of obsidian used to make tools and weapons. Proof of the first social structures and the beginning of their culture lies in the architecture; with altars of worship, sheepfold, sleeping quarters and graveyards telling us their ceremonies and lifestyle.

These simple people lived peacefully from the land, cultivating, breeding animals, hunting and fishing. Prehistoric culture is so present that you can touch it and enter their homes. The countless stone structures and monuments like Giants Tombs, Menhirs, Dolmens, Domus de Janas and Nuraghes are evenly dispersed all over the island. Sardinian architecture goes back to the Neolithic era and still stands proud, proving how intelligent and prosperous these people were.

In the late bronze age, Sardinia lived a golden age of progress called the Nuragic Era, erecting more than 7’000 Nuraghe villages, strategically placed every 3 squared kilometres on the entire island. These people went from being simple farmers, hunters and fishers to traders and expert seafarers, taking the name of “Sherdana”. Similar to the vikings, they also became feared and respected warriors all over the Mediterranean and pirated in waters belonging to the mightiest empires. Trying to plunder the Egyptian coast in 1200BC, they clashed with the forces of Ramses II and lost. After being defeated and captured, the pharaoh spared them after noticing their valour and advanced fighting ability. Ramses II entrusted 500 Sherdana warriors to be his own personal guard and integrated them in his army for the battle of Qadesh.

Their legacy is engraved in history with statues and bronze artefacts and clearly depicted in precious Egyptian hieroglyphs. Their demise started with the rise of the Carthaginians and Romans taking over the entire Mediterranean and fighting each other in the punic wars. A good part of the Nuragic civilisation slowly vanished in 200AD although the central eastern tribes of Barbagia and Ogliastra held their ground against christianity until 600AD in the middle-ages.

For any type of request or information on this trip, do not hesitate to fill out the form and I will reply as soon as possible
Previous
Next

We use cookies to ensure that we give you the best experience on our website. If you continue to use this site we will assume that you are happy with it.OkPrivacy policy